As Corvette America’s involvement with Corvettes at Carlisle has grown, so has our partnership with Carlisle Events. Our companies have worked together to make  the world’s largest Corvette show,  a huge success drawing more than 60,000 attendees in 2019 from throughout the United States and around the world. 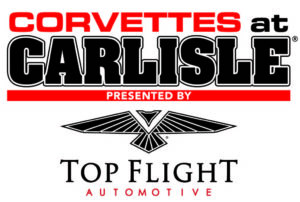